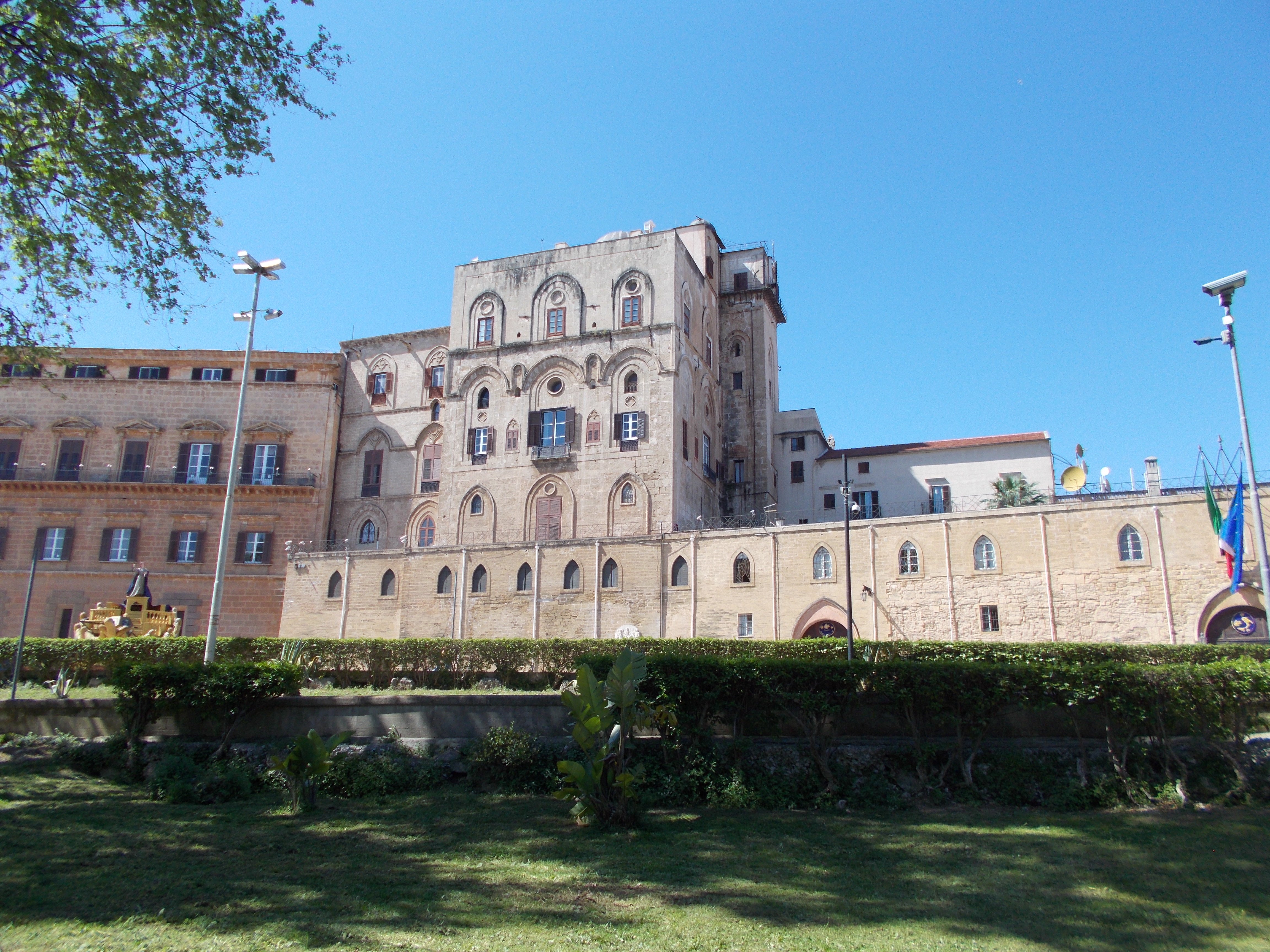 The royal palace is located in the oldest part of the city, at the same site of the first Punic settlements, traces of which are still visible in the underground room today.

The royal palace is placed in the highest place of the old city between the depressions of the rivers Kemonia and Papireto. It was in the Arab period (ninth century) that they felt the need to construct the majestic Qasr, “Palace” or “Castle”, from which it took its name from the way of the Cassaro, today’s Corso Vittorio Emanuele. However, it was the Normans to transform this place into a multipurpose center, a symbol of the power of the monarchy. A covered road connected it directly with the cathedral. In the forecourt there was also the so-called green Classroom, an open and richly decorated where the king received his guests. In 1132 it was built the Palatine Chapel which assumed a barycentric function of various organisms in which the palace was divided.

With the Swabians King Frederick II, who resides there only in the young age, the palace is headquarters of the administrative, stationery and the Sicilian poetic school. The peripheral part of the city begins with the Angevin and the Aragonese who privileged elsewhere. The revival of the building is with the Spanish viceroys who, in the second half of the sixteenth century, chose to reside adjusting to the new defensive needs and representation, substantially restoring it, creating and modifying the palace ramparts. During the Bourbons were created the boardrooms (Red Room, Yellow Room and the Green Room) and Sala d’Ercole was renovated, with frescoes depicting the mythological hero’s labors. He has undergone extensive restoration in the 60s, under the care of Rosario La Duca. Since 1947, the Norman Palace is the seat of the Sicilian Regional Assembly. The palace also houses the ‘Astronomical Observatory “Giuseppe Vaiana”.

The historian Giuseppe Di Stefano held him a kind of building an Arab fortress, restructured and enlarged by Roger II, who built the Palatine Chapel and add tower-shaped bodies whose height was reduced in the sixteenth century. He identifies Norman parties with the Tower of Pisa (with the room of the Treasury) and the Tower of Gioaria (with the Soldier’s downstairs room, and with the king Roger room and the rear of the Winds room upstairs).

On the second floor of the building (so-called “Parliamentary Plan”) there are the Sala d’Ercole, where the Sicilian Parliament meets, and the Hall of King Roger II, rich in precious mosaics with ornamental motifs, depicting animals and floral weaves, the hall of the winds, the Yellow room and the hall of the Viceroys.