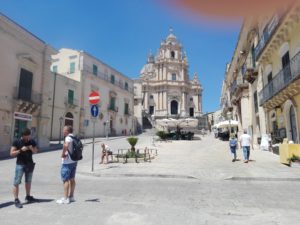 The tourist town is known for “Ibla”, the old town of Dubrovnik, which, following the devastating earthquake of 1693, it was rebuilt in two large districts: Ragusa, on the tableland, and Ragusa was rebuilt in the Baroque style from the ruins. The architectural masterpieces built after the earthquake, along with all those in the Val di Noto, have been declared World Heritage by UNESCO in 2002. Ragusa is one of the most important sites for the presence of evidence of Baroque art.

Tourism in Ragusa is a newly developing sector, certainly facilitated by the excellent food products, having the Sicilian leader in this sector, but also thanks to the beautiful seaside resorts, with major entertainment venues, but also because, in recent years, numerous dramas and films shot in the capital (such as “Il Commissario Montalbano”)

Features of the city

Cathedral of St. John the Baptist; It is one of the largest churches of Sicily, before the earthquake stood in the west of the city, under the walls of the castle.

Cathedral of St. George; It is one of the highest worldwide expressions Baroque sacred architecture,

Church of Santa Maria delle Scale; It built in the fifteenth century when the period remain remains of a portal and a magnificent stone pulpit in Gothic style.

Circle Talk: built by the aristocracy of Ragusa in order to have a proper conversation circle. It is also called the Knights Coffee.

Cabrera tower of Marina is a coastal defense tower which was built in the sixteenth century to the caricatoio protection of the old port of Ragusa fraction.

Castello di Donnafugata; according to legend the White Princess of Navarre, was imprisoned by Count Bernardo Cabrera lord of the County of Modica, but the princess was able to escape through the tunnels that led into the countryside surrounding the palace.

The ancient city built on three hills, was founded in the early sixth century BC by the ancient Greek Doric Syracuse. Quickly it became an important agricultural center and reference for inland commercial traffic ibleo. Today, the town where fall the remains of the ancient city is Santa Croce Camerina where, thanks to its beautiful sea and long

The house of Montalbano

The famous house of the Commissioner Italy’s most famous is located in the district of Punta Secca of the municipality of Santa Croce Camerina. The secret of this Italian Fiction highly successful, even internationally, is undoubtedly due to the hand of a great writer like the Sicilian Andrea Camilleri, and certainly to a great actor like Luca Zingaretti, but the location offered by this beautiful scenery of the sea, sand, sun and Baroque, which is known around the Ragusa coast, ranging from Scoglitti to Donnalucata, going from Marina di Ragusa, is the setting for these stories, translated even in Japan. 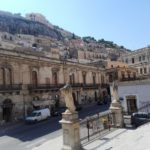 The city of Ragusa province is’ located in the southern area of the Iblei Mountains and is divided into two parts: Upper Modica, with climbing structures in the rocks of the mountains, and Modica Down, down in the valley, where once flowed the rivers Ianni Mauro and Pozzo dei Pruni, and where it is now Corso Umberto, the main street and historic site, full of monuments, of the city. The city is fascinating for the Baroque style, and for the presence of violet and quaint little streets, and old shops that frame, accompanied by large and rich historical buildings. 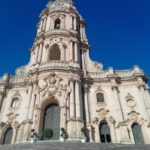 Cathedral of San Giorgio
Often referred to as the symbolic monument of Sicilian Baroque, it is inserted in the World Heritage List of UNESCO. 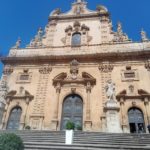 Cathedral of San Pietro
It was built around 1350, also entered the list of monuments of UNESCO World Heritage List.

Church of Santa Maria di Gesu
Built between 1478 and 1481) with the adjoining convent of the finished building in 1520 is considered a National Monument.

Church of San Domenico:  former monastery and Crypt
The original construction of the church and the adjacent Dominican convent dating back to 1461, but the earthquake of 1693 it partially damaged the building. The convent was home, the Inquisition or the Holy Office.

Church of Santa Maria di Betlem: with preexisting Palatine Chapel
The church dating from the fourteenth century is a National Monument. 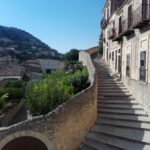 Former Convent of the Jesuits built between 1610 and 1630, at the behest of the Countess Vittoria Colonna de Cabrera, who became the promoter of the coming of the Jesuits in Modica. 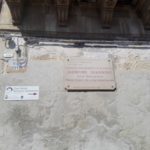 Example of Neo-Renaissance building, that now houses an art gallery full of paintings by leading artists of the area Iblea.

Castle of the Counts of Modica

Built on the top of a cliff to represent for so many centuries the seat of political power and administrative structure of the County of Modica. 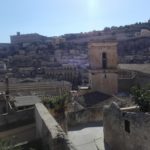 After the earthquake of 1693, on the remains of a medieval lookout tower of the castle of the counts, was placed in 1725 a mechanical watch with counterweights, yet fully functional, whose complex mechanisms are checked and restarted every 24 hours, and today the operation is maintained and controlled by a technician of the City.

Other churches of Modica

Former Church of St. John the Baptist of the Knights of Malta

Church-hermitage of San Giacomo outside the city walls

Church of the Holy Savior

Church of the Holy Savior

Church of Saints Nicolò and Erasmo

Church of St. Teresa of Avila and former Monastery of the Discalced Carmelites.

The chocolate of this city is famous all over the world, and it is produced following an ancient Aztec recipe (attested by the documentation found at the Archives State of Modica, dating back to 1746). The processing is craft and at low temperature, this prevents the loss of the components of the cocoa, the cocoa fact never comes to merge with sugar, creating a grainy dark chocolate without added vegetable fats. There are some very valid variants in addition to vanilla and cinnamon, with added components such as chocolate with chilli, mint, pistachio, star anise, salt of Trapani and more.