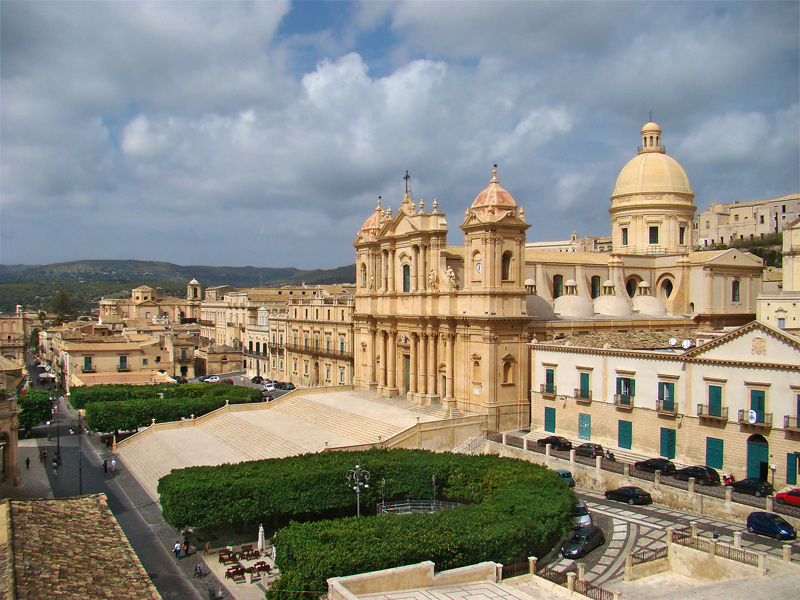 UNESCO, established in 1946, aims to “contribute to the maintenance of peace and security, promoting, through education, science and culture, the cooperation among nations, in order to ensure universal respect for justice, law, human rights and fundamental freedoms that the United Nations Charter recognizes that all peoples, regardless of race, sex, language or religion. “

Dating from the late fourth century. A.D. It has belonged to a powerful Roman family.

Besides the original marquee remained even the baths, the peristyle and the colonnades and the wonderful mosaic floors, unique in their kind. In the mosaics stand out different styles and narrative cycles: one for the mythology and the Homeric poems, the other with references to nature and to the Roman aristocracy everyday scenes.

Valley of the Temples

The Archaeological Park covers the area of the ancient city, including archaeological monuments, temples, necropolis and complex hypogean. Here we find the temple of Juno, Concordia, Hercules, Zeus, of Castor and more.

They are part of an archipelago of seven islands of volcanic origin as well as rocks and islets emerging from the sea. According to Greek mythology Aeolus (King of the Wind) sheltering and living in Lipari could predict the weather by observing the shape of the clouds on the volcano (Stromboli) and gave his name to these islands. The peculiar aspects of the volcanic Aeolian Islands are the subject of study of volcanology world, given the continuing process of change in landscape and geological composition of the archipelago.

It is a kind of marionette theater whose protagonists are Charlemagne and his paladins. The exploits of these characters are drawn from the history of the Paladins of France. The puppets are precisely called “pupi”.

The Baroque towns of the Val di Noto

Noto, Catania, Ragusa, Caltagirone, Modica, Palazzolo Acreide, Scicli, Militello Val di Catania, Syracuse and Necropolis of Pantalica, these cities were rebuilt after the devastating earthquake of 1693, in the same place or close to existing cities.

It ‘s the most important religious festival in the city of Catania. It is celebrated in honor of the Patron Saint of the city every year from 3 to 5 February to commemorate the martyrdom of the Saint, and on 17th August for the return of his remains in Catania in 1126 (after being stolen and taken to Constantinople in 1040 by the General Byzantine Giorgio Maniace as spoils of war).

The imposing volcano is one of the existing active volcanoes, exceptional example of evolutionary and geological processes of formation of volcanic platforms. The volcano is characterized by continued eruptive activity, its craters and frequent emission of lava flows from the lateral craters. This exceptional volcanic activity is documented by at least 2700 years. Mount Etna is one of the most studied and monitored volcanoes in the world.

Arab-Norman Palermo and the cathedrals of Monreale and Cefalù

The Arab-Norman itinerary, which has been recognized by Unesco, consists of 9 monuments, including seven in Palermo, the Royal Palace (or Norman) with the Palatine Chapel, the Church of St. John of the Hermits and St Mary’s (or Martorana Church), the Church of St Cataldo, Palermo’s Cathedral, the Zisa palace, the bridge of the Admiral. The last two are the cathedrals of Monreale and Cefalù.

The grapes obtained from these unique vineyards in the world are the raw material for the high-quality Zibibbo wine, Italian wine brand famous worldwide. The laborious type of cultivation (which requires constant care, patience, physical fatigue) is the glue of a community that follows its secular traditions.